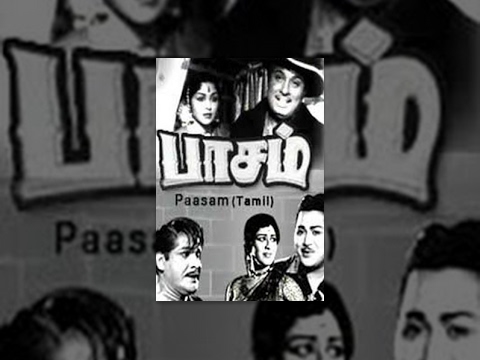 True to its title 'Paasam' depicts the extraordinary love of a son towards his mother. Gopi (M.G. Ramachandran) is brought up in a juvenile home, as he accidentally commits a murder. After his release he searches for his mother and brother, but is unable to trace them. He lands up in the same village, where his brother Raghu, lives and works as a government officer. He falls in love his friend Kali's sister, Chandra, but Kali refuses the alliance, accusing him of being an orphan. Raghu and Chandra are to be engaged. Angry at being thwarted and little knowing that Raghu is his brother, he joins Swaminathan in trying to trap Raghu in a burglary case. Ironically, both Raghu and Gopi do not know the true identity of Swaminathan. It is he who had thrown away his wife Shanta, their mother, several years ago. Several truths are revealed when Gopi meets his mother face to face. Is he able to set things right?