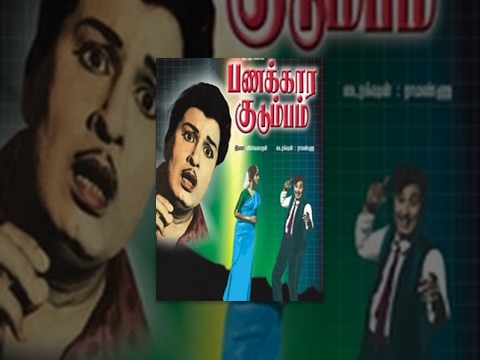 Muthiah and his beloved Velayi are obsessed with money. A golden opportunity awaits Muthiah when he marries Rajalakshmi, the daughter of a rich man. But Velayi is furious at Muthiah'a betrayal. Later however, Muthiah and Velayi come up with a plan and get Rajalakshmi out of the way and they start living together. But Velayi and her brother Kanniah constantly blackmail him about Rajalakshmi's murder. Many years later, Muthiah's daughter Rani (B. Sarojadevi) finishes her studies and wants to live with her father. However, Muthiah fears Velayi and employs Rani in his own office without disclosing her true identity to anyone. Meanwhile, Rani meets Nalla Thambi (M.G. Ramachandran). Their friendship soon blossoms into love, but faces opposition from Kanniah who wants to marry her when he discovers her true identity. Muthiah tells Nalla Thambi to keep away from his daughter. Muthiah feels devastated that he has destroyed his daughter's future, but he sees hope when a shocking truth is unveiled about Rajalakshmi.