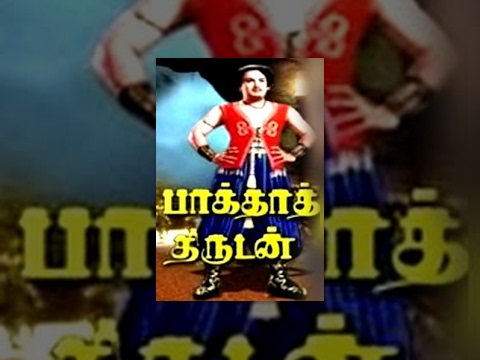 TO BUY THIS MOVIE IN DVD CLICK ON THE LINK BELOWFollow Us - http://www.rajvideovision.netContact Us - No.703,Anna Salai,Chennai-600002.Phone-044-28297564,044-28297175Movie :baghdad thirudanDirector :T. R. SundaramProducer :T. R. SundaramStory & dialogue: A. S. MuthuStarring :M. G. Ramachandran,Vyjayanthimala,M. N. NambiarMusic :T. Govindarajulu NaiduCinematography :M. KrishnasamyEditing :G. D. JoshiDistributer :Southern MoviesRelease date :6 May 1960MGR is the son of the Maharaja and the Maharani of the kingdom. Following the betrayal of the Prime Minister, parents are murdered and the child is hidden in a herd of cows. It will be collected by the robbers hid in the forest. MGR grew and became head of the band. As for the couple of impostors sat on the throne, they had a daughter and have had a child servant, as the son who survived the death of the former royal couple. A majority, so that's not true prince should take place on the throne. MGR, a sort of Robin Hood robs the rich to give to the poor and go after many adventures from which to reconquer his kingdom.